US Debt Ceiling - one saga finishes another begins

The US deficit or the growth of it has been a problem that has been kicking around for so long now, that it shouldn't come as any surprise to hear that the United States of America is bankrupt. Nevertheless, at the eleventh hour the entire world seems preoccupied watching the US senate debate whether it should raise the debt ceiling or not. We all know in the end that the ceiling will go up and everything will go back to normal, yes?

Why then should the world be so concerned and surely this is a US problem?  Alas not as it seems, it is a global problem for several reasons:

[1] The Opacity of Ratings
Firstly the rating agencies are once again in the spotlight it seems or at least their credibility is. If the Debt-to-GDP ratio of the US is in a similar trajectory to that of other sovereign nations such as Greece, then how can one country be tagged a gold star AAA and the other a CC and that is really one notch above default?

We know the answer to that question but few dare talk about it. Randy Neugebauer is not one of these people:

Reuters reported late last night that a congressional panel has been established to examine whether the Obama administration attempted to unduly influence Standard & Poor's rating before the credit agency revised its outlook on the US debt rating back in April.

A review of conversations and emails between the Treasury Department and S&P has prompted Randy Neugebauer, a republican chairman, to establish an oversight panel. 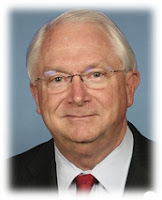 "Our concern was if the administration was trying to influence this rating decision, somewhere above what would be a normal practice" | Neugebauer

Treasury meddled in S&P article on Reuters | Reuters
The meddling accusation is exacerbated by the fact that the US administration itself, has been caught tampering with the very fiduciary nature of what it has been trying to make good.

We have to question whether the pain of mandates such as Dodd-Frank Wall Street reform act really stand for very much, given this ironical reality from the top. Like it or not, that is the truth of the matter but it is always fun to debate what we have to accept, that being; the way of life as it stands; the pleasure for a few from the promised sum of many.

The rating agencies may keep the US on a tidy AAA rating but the credit market is pricing in a 0.8% default for US treasuries in the next twelve months. Interestingly, this credit curve steepens as time goes out, so we may be revisiting the US debt ceiling debate again the next time it comes around.

Back to this risk free concept, our models for benchmarking risk free rates are now themselves formally in question. We know they have been broken for a while but unlike the administration, we can't trick mathematics in the same way we can coerce a rating agency.

[3] Darker clouds on the horizon
There are of course bigger tribulations to face than the fairness of ratings.


One which I have discussed before, is that both the International Monetary Fund (IMF) and the Bank of England believe the world should at least entertain a revisit to the Bretton Woods agreement?  Well at least Mervin King and Strauss Kahn think so but as we know, Strauss Kahn is no longer part of the IMF's grand plan.
Bretton Wood aside, when central banks across the planet hoard gold and the USD collapses, the world will suffer.  Let's take any region, say countries in the Gulf for example; many of which import their manufactured goods and will now pay dearly for this pleasure. It's a feeling of 20% less for the same that vexes people and the United Arab Emirates, Oman and many others are going to suffer a USD pegged currency curse.

Away from the Gulf, to the world over; the USD is the generally accepted currency for both pricing and settlement.  As the debt ceiling raises in value, we can expect the dollar to collapse equivalently and relative to other global currencies.  This leaves the domain of trade massively exposed to FX risk and we are likely to see more strife as global communities suffer eroded purchasing power.

In effect, some parts of the world are now paying for America's inability to deleverage cleanly, restructure or accept austerity as a way forward. I leave it there but raising the debt ceiling is not the end of this saga, it might just be the beginning of another.
Posted by Causal Capital at 1:47 PM