Market Liquidity and Funding Liquidity are symmetrical aligned intertwined risks which feature heavily in the Basel III accord. However, Liquidity Risk isn't actually new to the accord at all but it is definitely structured in a new way with Basel this time round.

In this blog we are going to look at how Liquidity Risk worked for Basel II and the liquidity issues during the Credit Crisis. We will then follow up with an article on how Basel III approaches Liquidity Risk.

In Basel II Liquidity Risk featured in a small way under the collateral section of the Basel CP3 document: "the supervisor is sufficiently confident about the market liquidity of the security" - the Bank For International Settlements (BIS).

It also featured in stress tests for Internal Ratings Based Approaches for credit risk: "The bank must have an appropriate capital/liquidity plan in place to ensure that it has sufficient capital and liquidity available in the event of an early amortisation"

References to Liquidity Risk can be found in the risk weights for eligible liquidity facilities.

Importantly, Liquidity Risk was applied to valuations and adjustments in the main mandate

"In addition, supervisory authorities will require banks to consider the need for establishing reserves for less liquid positions"

Finally Liquidity Risk can be found as a direct risk itself in section 741 of the Basel II accord, this is part of the Pillar II work for Basel II.

Liquidity is crucial to the ongoing viability of any banking organisation.  Banks' capital positions can have an effect on their ability to obtain liquidity, especially in a crisis. Each bank must have adequate systems for measuring, monitoring and controlling liquidity risk.  Banks should evaluate the adequacy of capital given their own liquidity profile and the liquidity of the markets in which they operate"

The issue with the way this has been structured is that Liquidity Risk was seen as a secondary requirement for banks. It was also an option for supervisory enforcement not the norm and local regulators had a discretionary choice to enforce a charge for liquidity or not. However, I don't know of any regulator that set a capital charge on liquidity for Basel II. We can't really put the regulators on the hook for slipping up here, as global support and guidance really wasn't under this initiative and of course liquidity Risk also needs preparation well before there is a liquidity event. If you think about it, it is more difficult to manage Liquidity Risk or raise capital when there is a run on deposits or when asset values are dropping.

In Basel II the key work for Liquidity Risk was placed under Pillar II, this relegated it as a bit of an afterthought once capital holding and Risk Weighted Assets (RWA) were integrated into the Basel II framework.  As a risk discipline, Liquidity Risk Management was generally pulled together by the same teams that built the framework for measuring RWA in credit. The progeniture of something built by this bunch, is that the focus for Liquidity Risk will be on the RWA spectrum of events rather than the liquidity of the capital lines themselves.

Liquidity Risk treated in a RWA manner and stipulating "consider the need for establishing reserves" ie more capital, beds down the wrong kind of thinking.  In a warped sense a Liquidity Risk Reserve in this way, unless it is cash, could end up generating a capital charge itself which is supported by more illiquid capital. From the Credit Crisis we know that this kind of approach to liquidity risk alone is not a good solution.

FIG 1 : Where does liquidity risk sit in the capital / risk framework

In figure 1 we can see that Liquidity Risk should allow for banks to dispose of securities and non Risk Weighted Assets to shore up cash, this is what liquidity risk is driving at in Basel.  Some of this cash might be used for short term commitments however as Liquidity Stock is disposed of and utilized for commitment lines, the Capital Adequacy Ratio will drop and will have to be replenished. That isn't so easy to achieve in a falling market.

Liquidity risk in the purest sense of the definition can be labeled as "liquidity risk is the risk that a given security or asset cannot be traded quickly enough in the market to prevent a loss" and it should be thought of as being a subset of market risk.

Market & Liquidity Cycles
Asset Bubbles and Liquidity Risk are intertwined and run in a cycle however, Liquidity Funding issues don't normally appear at the same time as the market shock; they are in many cases a knock on effect from the collapse in asset values. In some cases liquidity risk can also propagate further into price declines as banks move off assets and onto cash en masse. 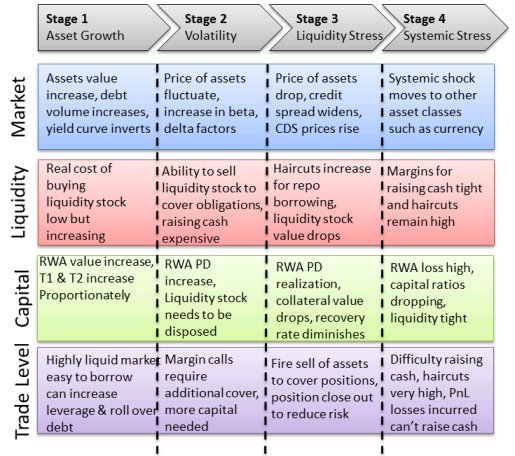 FIGURE 2 : The capital cycle of asset bubbles and market stress

The recent Credit Crisis followed such a cycle and its growth stage lasted several years with asset prices increasing substantially.  The ability to raise funding in this initial phase is easy as market confidence is strong; literally the market becomes awash with liquidity.  Participants in the market are also able to increase their leverage by borrowing deeply against their collateral and when prices are rising, firms that are holding assets are able to reduce their effective margin cover and consequently diminish the equity component of the overall transaction.

Before the Credit Crisis market shock phase, low interest rates encouraged short term borrowing and margin lending was being modified daily. While this created a debt overhang problem, the high levels of liquidity in the market allowed banks to roll over long term commitments easily. 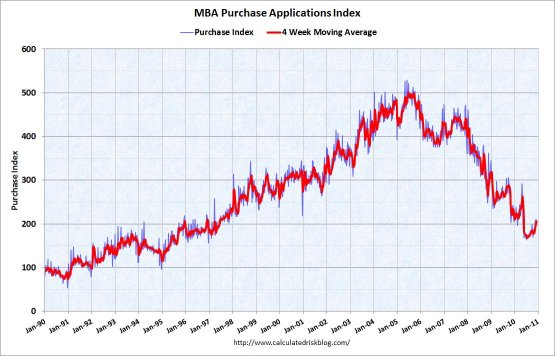 FIGURE 3a : Massive growth in demand for assets fuels prices

As seen in the Figure 3a the first shock to prices occurred as early as 2007 when demand for assets flattened.  This continued on throughout that year however during that time, general perception was that the market would recover and carry on in an exorbitant manner.  Only a few analysts were reading the inversion of the yield curve and its impacts to shorter periods of borrowing. 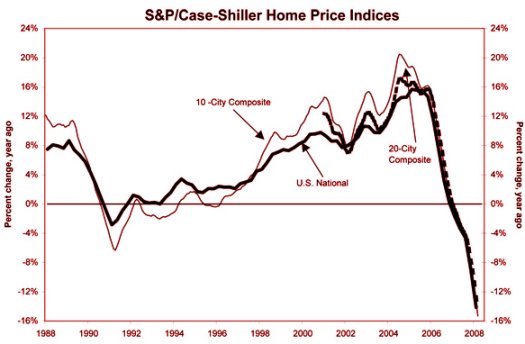 FIGURE 3b : Massive growth in demand for assets fuels prices

As the market demand for assets diminishes in Figure 3a, so does the unit price for the asset.  Figure 3b is an index of all directional home values and indicates a complete reversion in asset prices across the board from the shift in market liquidity.  Even when application contract volumes stabilized as they did in 2007, asset values continued to decline. This behaviour was not limited to property volumes or prices and could also be found in other asset classes such as dry bulk and certain commodities.

The Liquidity Funding phase of the Credit Crisis however came much later on in the Credit Crisis Cycle and peaked at the end of 2008.  That was nearly a year after Bear and Stern was closed and asset value write down was now in full swing. 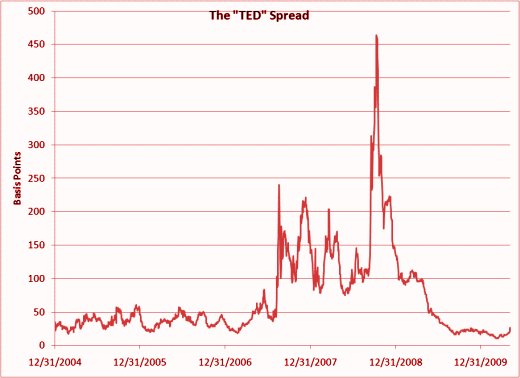 FIGURE 4 : The TED spread during the crisis

One measure of funding liquidity is the TED spread. This is the difference between the interest rates on interbank loans and short term US government treasury bills and, it is a good measure of the difficulty banks face when trying to raise cash. Treasury Bills are of course considered risk free, while the London Interbank Offering Rate (LIBOR) is a reference to the price banks are charging for interbank loans. During the credit crisis the TED spread broke its all time record of 300 Basis Points by more than 150% and a good analysis on the impact of the TED spread event alone, can be found by clicking here.

Liquidity Risk Impacts
When banks are struggling to raise cash, prices are falling, depositors have a tendency to withdraw funds. During the initial spike in the TED spread, several banks such as Washington Mutual suffered bank runs, days later Washington Mutual was liquidated and sold to JP Morgan however the problem was not over to say the least. For many months onwards, banks were filing for bankruptcy every single week.  From the period of 2000 to 2007 only 25 US banks had been closed however, from 2007 to today that list has jumped to hundreds of financial institutions. This is an incredible statistic, nearly unbelievable. To save on any debate here, I have attached the link to the FDIC failed bank list so that you can see this for yourself. Through the first six weeks of this year alone, the onslaught has continued with another 22 banks now in receivership.

But surely the Credit Crisis has run its course, why are banks still filing for bankruptcy?

One of the issues with Liquidity Risk is that it causes banks to sell off assets rapidly to shore up cash, the assets are usually dumped on a market at prices well below their purchase value in a fire sell. In addition to this, the organisation will suffer a downgrade in rating which will mean that it will have to pay a higher haircut for short term borrowing. Some banks may raise cash by issuing more stock or releasing treasury stock onto the market however, this approach destroys the equity earnings potential in the forward business model and it also has a tendency to drop the stock price of the bank itself. For small banks that have a tight balance sheet, especially those institutions which base their business predominantly around lending, selling additional loans to front revenue is a struggle and depressed capital adequacy ratios prevent the bank from moving forwards.

In the end the natural cost attrition for simply running the business eats away at cash reserves and depressed new revenue lines reduce profit ratios until the organisation folds.  In this way Liquidity Funding risk has unique qualities which need monitoring and managing:

[2] Tight Liquidity lines make it difficult for banks to maintain capital adequacy ratios above the regulatory floor and hinder these organisations from generating new revenue capacity by taking on more risk.

[3] Liquidity Risk is intertwined with alternate risk disciplines such as market, concentration and credit risk. In this way, it can be seen as an outcome of other risk taking behavior and can compound the exposures in these other risk areas.

[4] Banks fail in most cases because of Liquidity Risk, it is usually the last straw that breaks the camels back, as the saying goes.

[6] Liquidity Risk also has a tendency to follow negative spirals. 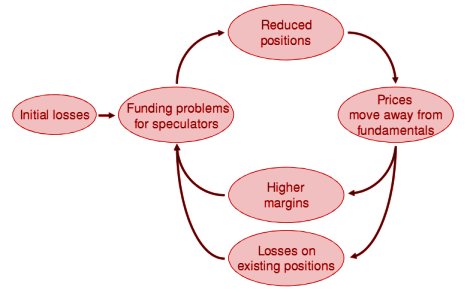 Figure 5 explains one of these type of negative feedback loops. The margin haircut spiral shows how margins increase as the bank sells to cover its risk, this drives funding problems which internally increase leverage, resulting in a feedback loop for a repeat of the process. This diagram has been extracted from a paper by Brunnermeier and Pedersen on Market Liquidity and Funding Liquidity. Brunnermeier has also written a complete publication on liquidity risk in the context of the recent Credit Crisis and the document is definitely worth a read, it can be downloaded by clicking this link.


In part 2 of this blog we will review how Basel III addresses some of these problems with its new proposal for a Liquidity Risk Management system.
Posted by Causal Capital at 6:24 PM