It was to be expected that there would be many outcomes from the rogue trading event at UBS. Generally speaking, catastrophes of this magnitude have a tendency for inspiring change and they are often seen as turning points in the evolution of let’s rethink the model.

All this aside, the industry as a whole which takes in the regulators, banking community and freelance risk advisors in this case, would do well to avoid kneejerk reactions.

Three key oversights we should stand back and think about include some of the following:

[1] Captain goes down with the ship 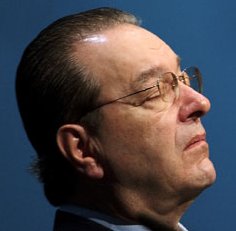 It was inevitable that Oswald Gruebel was to feel some heat from all of this but axing him is an overreaction, failing to find a middle ground on new directions he was proposing isn't too yielding either. Gruebel has a solid track history of reshaping banks and UBS is still in the process of redesigning itself. Letting the key man go at this point of time is likely to add more disruption to the bank, rather than resolve the real underlying problems around the practice of risk control on the trading floor. The way the story runs, Gruebel was planning to restructure the bank including specific members of the board and in backdrop of recent events, this is unlikely to be congruent with other opinions at the top.

Either way, the board should home-in and put thumb screws on risk and compliance which is currently headed up by the CRO, Maureen Miskovic. Unfortunately for her, she might have adopted a broken legacy risk framework from past shortcomings yet, she is inevitably responsible for overseeing the London trading team from a risk perspective. What I am sure will be forthcoming is a complete review of what has taken place and how the bank can go about addressing its risk reporting issues. These documents always tend to surface a month on from dent date.

"She arrive from State Street, the US based financial services group, with a strong reputation and has shaken up risk management in the bank according to one industry source" | Quoted in Reuters

From State Street to UBS and all that shaking might not have been enough sadly especially as it has come to light that if the market hadn't unwound, the rouge trading activity may have gone completely undetected.

[2] Blame the instrument not the action

A bad builder blames his tools as the saying goes, let's not act in the same manner. To be concise, Exchange Traded Funds (ETF's) were at the centre of both the Société Générale rogue trading event in 2008 and the more recent UBS disaster but we have to accept that ETF does not equate to rogue trading.  In most rogue trading events of the past, the ETF did not feature at all and other instruments such as futures were consequently implicated. So then, dismantling ETF's will not put an end to rogue trading.

Yet, the UBS loss is being seen as a platform to renew a broad distaste for the Exchange Traded Funds domain and from several differing lobbying groups. In particular, Terry Smith the chief executive of FundSmith has been quoted saying that:


"... perhaps they should be banned or regulated so that they are nothing more than index tracking instruments." | Terry Smith

Don't misunderstand me, the growth of Exchange Traded Funds as an investment channel is concerning for regulators and more work needs to be done to increase the oversight of the risks in these products but at the same time, we must always apply caution before leaping to conclusions. I am going to write a completely separate article on the issues around ETF's in the coming week because they have become complex and worthy of debate. 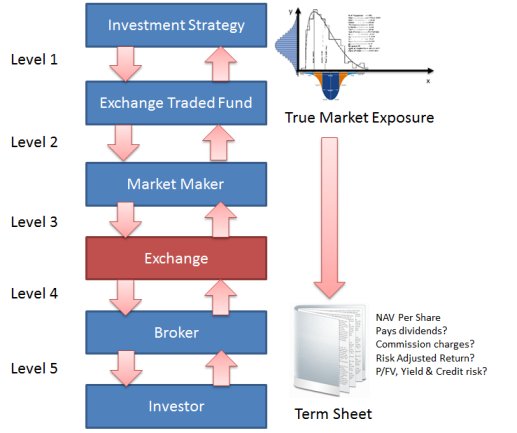 Figure 1: Layers between the investor and the strategy

ETFs are particularly difficult to squeeze into a counterparty or market risk system because they can have inbuilt leverage or diametrically opposed price swings in the context of broader market movements.  While ETF term sheets may explain the underlying strategy for each fund, these term sheets are far from good for explaining correlation of value to strategy. Additionally, the precise movement of the instrument is often obscured in part from the market because it is a fund and not a single contract.  The result of this separation often introduces liquidity and crowded-trades as additional risk but definitely obscures the true expression of exposure. This is especially the case if the ETF is using complex derivatives to generate its revenue.

In the UBS context, which will be a position of broker / market maker, ETF's will more than likely feature on the Delta One Desk, where the rogue trading event has occurred. ETF's in this part of the trading life cycle are often bought or sold Over the Counter between fund holders and asset management firms in an effort to build up a form of lending revenue. This is a different perspective to how the retail investor perceives the instrument. No mistake should be made here and the failing sits with the bank and its risk aggregation systems rather than market exposure in the investment channel itself.

[3] Shut down the business model
If ETF's are under watch, so too is the entire proprietary trading model of all banks. The Delta One Trading Desk isn't really a Prop Desk, however in this case it is being used to lobby a greater motive for US regulators in particular, and to justify for pushing forwards with Volcker rulings. The key aspect of this mandate is to restrict investment banks from making speculative bets on behalf of themselves, as well as their customers and this ruling has the full endorsement of the US president Barack Obama.

Worryingly, recent comments have been circulating for extending Volcker rulings to foreign banks and US regulators are considering writing a rule to limit propriety trading to overseas firms with operations in the US.


According to several people familiar with the proposal, interpretation of the rule may also force banks to fire or relocate US employees who are involved in proprietary trading, even if no American money is at risk. | Bloomberg

Banks are unlikely to withdraw from the US market altogether because it is so deep but if the US government has its way, foreign banks will more than likely restructure the way in which they operate in the US. The most obvious thought that comes to mind, is for banks to establish subsidiary brokerages that take positions rather than trading as the branded bank itself.

Personally, I am anti the Volcker rule and for many reasons but mostly because it takes skin out of game for investment banks. On the other hand, catastrophes such as the UBS rogue trading scandal, really are playing into the hands of the regulators and in this case, as in so many others gone past, the actions of a few dodgy traders seem to be ruining the game for the industry as a whole.
Posted by Causal Capital at 6:40 PM