The world has to leap for a second

It is official, the leap year is just not enough.  Analysts have known for a while but fearing the worse that the worlds rotation is slowing down, even though life is speeding up, scientists need to find a way to keep everything in sync. With all of this in mind, the time lords in charge of this planet's official time system have decided to add an extra second into the year.

This time tampering is referred to as the leap second.

This is not some tomfoolery on April the 1st, nor is it February the 30th but it is going to happen tomorrow on June 30th this year.

61 Seconds in a Minute

Tomorrow at Midnight Greenwich Mean Time, an extra second will be added to the world atomic clocks taking us into a new time slot of 11:59:60 before hitting 12:00:00.  This time warping can be achieved in several ways, from simply adding a second to one minute of the day or holding a clock back while it ticks away or slowing the worlds clock down in what has become recognised as a leap smear. 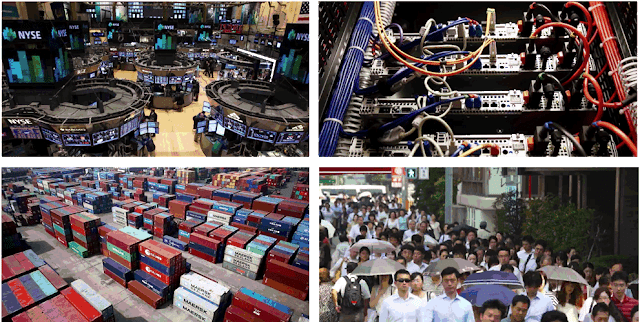 At this moment in time, you might just be wondering whether this is some kind of prank, but I assure you tomorrow is the leap second day for this year and more can be found here LINK.

"As systems continue to be more and more connected, it's becoming harder and harder to predict just what the impact could be and how big"

For those seeing a second as insignificant, well think again. So much of this world requires accurate timing and some of the following might be impacted by leap second protocols.


"This quirk has meant weeks of preparations for the world's exchanges and clearing houses - and will result in a moment of uncertainty."


From Qantas to the New York Stock Exchange, all are preparing for the ramifications of an extra second of time tomorrow.
Posted by Causal Capital at 1:16 PM