Basel III is actually proving to be quite an ordeal for both the banking community as well as the regulators and some senior members of the regulatory community, both in the UK and the US have made public statements to this fact.

Perhaps one of the biggest issues facing banks with Basel III is how to address Procyclicality, especially if the bank is not running an Advanced IRB credit risk framework. Actually, just obtaining information about the different accepted practices on how to measure Procyclicality within a lending portfolio isn't so easy.

Just the other day I was pointed in the direction of a really good summary and publication on Procyclicality and I wanted to share this link here on the Causal Capital blog.

Procyclicality
Procyclicality is the mutually reinforcing mechanism through which the financial system amplifies the boom-bust economic cycle and Basel III attempts to solve this problem by introducing leverage ratios and forward looking loss provisions on credit portfolios.


One of the most destabilising elements of the crisis has been the procyclical amplification of financial shocks throughout the banking system, financial markets and the broader economy. The tendency of market participants to behave in a procyclical manner has been amplified through a variety of channels, including through accounting standards for both mark-to-market assets and held-to-maturity loans, margining practices, and through the build up and release of leverage among financial institutions, firms, and consumers. 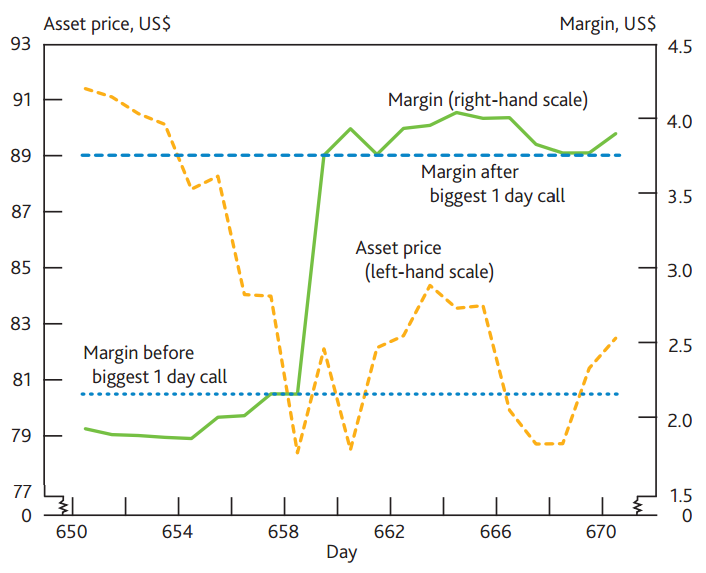 The Exponent newsletter from Aptivaa has a really well researched article on Procyclicality authored by Kasthuri Bhaskar from Axis Bank and I recommend giving it a peruse.  The link for the document can be found here [LINK].


The banking challenge
I see lots of challenges with measuring and managing Procyclicality and I have taken to list below three obvious conundrums that need consideration:

[1] Procyclicality is unlikely to be even across the economy and countries such as Australia for example are well known to be in a "two speed" economic state.  That is mining is in a boom cycle while the retail and construction sectors are in a slump. Consequently, breaking positive feedback loops on a bank's credit lines cannot really be a one size fits all effort, as some banks may be deeply involved in lending to one industry sector over another.


[2] Measuring procyclicality in a bank which is not on the advanced IRB program for credit, is not going to be straight forward to achieve. This is because the calculation of recovery rates away from advanced IRB are too even applied and in reality the credit portfolio will not be. All this aside, some regulators across the planet have launched into and are running countercyclical credit risk initiatives and Kasthuri Bhskar makes mention to these regulatory programs in his article.


[3] The regulatory system across the planet is not really harmonised or uniform and central banks already have methods for controlling inflation through interest rate policy setting and deposit reserves. Additional provisioning to address Procyclicality could interfere with these already well established interest rate practices and countercyclical dynamic provisioning may actually amplify such central bank plans but in an out of sync manner. These impacts need to be understood.

All of this aside, Kasthuri Bhaskar's paper is a straight forward and an ideal read for analysts working in credit risk. The paper can be accessed from this [LINK].
Posted by Causal Capital at 6:23 PM